Stylmartin launches the new campaign for the Hero Styl collection

Stylmartin launches the new campaign for the 2020/21 Hero Styl collection of Racing, Off-road and Minibike boots. 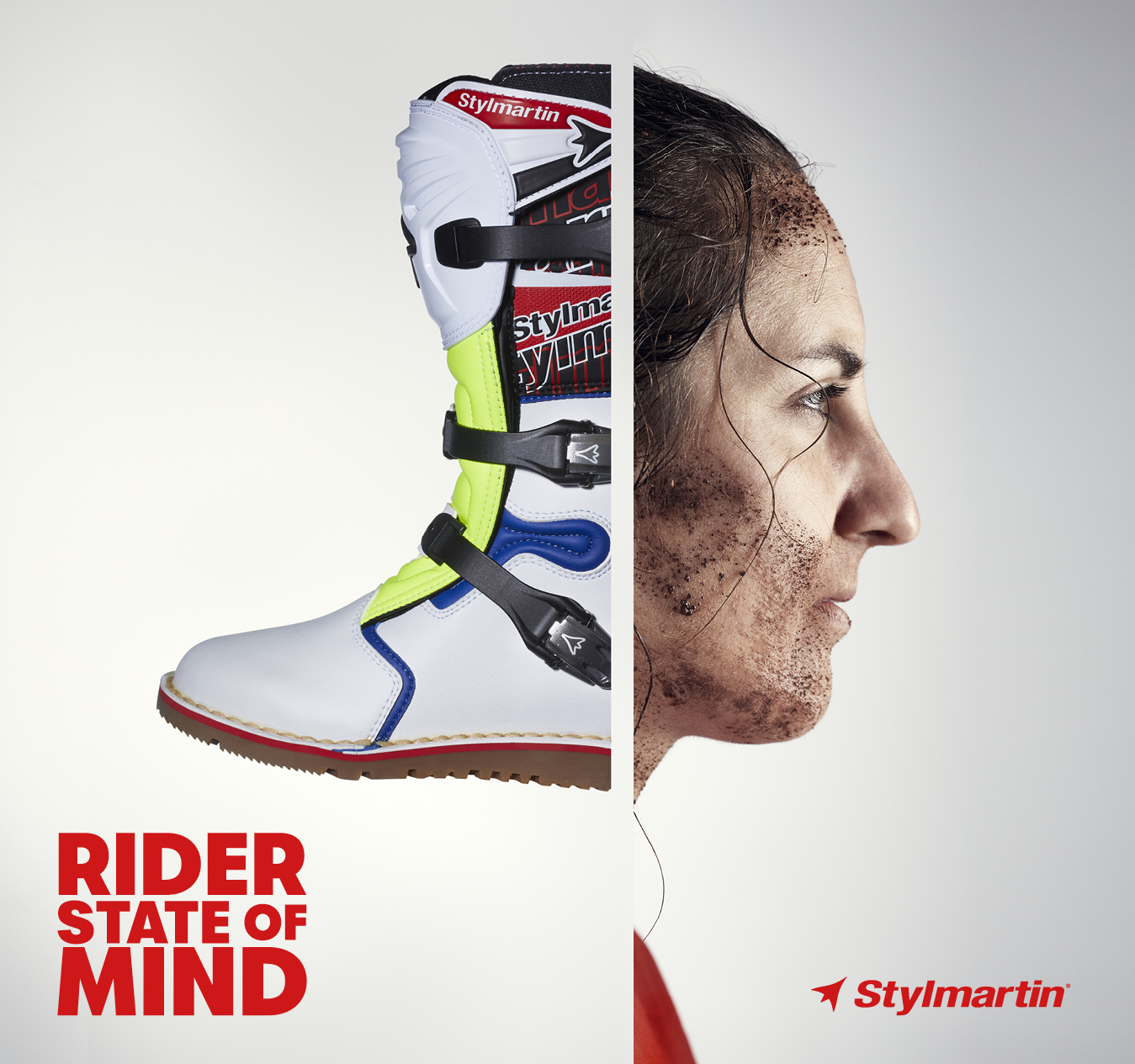 The new Rider State of Mind campaign for the 2020/2021 Hero Styl collection of  motorcycle boots is now online and it features two exceptional riders: Jarno Ioverno, the promising young Supersport 300 World Championship rider, and Sandra Gomez Cantero, one of the big names in the FIM Trial World Championship.

Jarno Ioverno, born in 2002, will be racing his first year of WorldSSP300 on the Scuderia Maranga Racing team’s Kawasaki, after his excellent debut last year in Magny-Cours on team Terra e Moto’s Yamaha. He started racing 2015 in the National Speed Championship with Ohvale, moving on in 2017 to the 600 in the CRV Piemonte, where he won the first rookie championship and then went onto to win the title in the top category in 2018. Jarno is a tenacious, decisive young rider, ready to make his name in the world of racing, also thanks to desire and determination. With a past on the rugby pitch and a present in the gym, training and studying, Jarno took part in a fun day’s shooting, which immortalised his sporting spirit.

Sandra Gomez Cantero, born 1993, is a true star rider, closing the latest season with her fifth title in the Trial Des Nations, racing with the Spanish team and with a second place in the women’s FIM Trial World Championships, where for years she has fought for the title with her rival, Emma Bristow. She began racing in 2003, immediately revealing her talent, which has since led her to win the title of TdN World Champion in 2008 and 2017. Sandra is a very keen traveller and true all-round sportswoman, and in her free time she in fact likes to practise other sports such as skiing, swimming and climbing. But she is at her best on the saddle of her Husqvarna TE250, and with her determination and strength she cannot wait to achieve her next goals: winning the Trial and Superenduro world championship. During our day's shooting, Sandra managed to fully express her off-road spirit, in a fun yet professional manner.

The campaign for the new collection for pro riders, in continuity with the visuals of the Steet  Styl line, featured a side view of our champions’ faces, showing their profile together with the profile of the racing or trial boot to illustrate the sporting state of mind of our two stars.

for any purchases
over euro 126

Security in all your online transactions

We guarantee only the highest quality in all of our footwear.

Do you have a question?

Our Customer Service Dept is happy to help you.

The tax code seems to be incorrect.
Do you want to change it?

It seems that the house number is missing in the address. Do you want to enter a house number?

This site uses cookies to deliver its services and allows you to send cookies from other sites ("third-party") to send advertising and services in line with your preferences.
If you want to learn more or opt out of all or some cookies click here .
Closing this banner, scrolling this page or click any element you give consent to the use of every cookie.
Ok, I get it